Friends, let me tell you now that I am being honest in this article of the Hoop-Dee-Doo Musical Revue Review. The idea of the Hoop-Dee-Doo Musical Revue makes me want to find Hee-Haw and buy a hat like Minnie Pearl. However, I spent times during Spring Break at Disney World and the “Country Bear Jamboree.” I understand the allure of dinner shows, even the ridiculous ones that make you laugh embarrassingly. I can’t help but laugh at the description of this show, although I have heard from many people what a good time they had.

What is the Hoop-Dee-Doo Musical Revue?

Located at the Pioneer Hall in The Campsites at Disney’s Fort Wilderness Resort, The Hoop-De-Doo Musical Revue is open daily for Dinner. There are three separate shows a night at 4:00 pm, 6:30 pm, and 8:00 pm. Although the website says that reservations are accepted, I suggest that you make them far in advance. This Revue a dinner show described on the website as “a hilarious, high-spirited hootenanny the whole family will enjoy, accompanied by a finger-lickin’ countrified feast” (https://disneyworld.disney.go.com/dining/cabins-at-fort-wilderness-resort/Hoop-Dee-Doooo-musical-revue/.)

The Hoop-Dee-Doo Musical Revue is a two-hour show filled with dancing, singing, skits, comedy, and good food. The food is a stereotypical Sunday after church supper of fried chicken, BBQ pork ribs, coleslaw, baked beans, salad, cornbread, and strawberry shortcake. And, it’s all you can eat. It even includes unlimited beverage for all ages – even alcohol (draft beer, wine, and sangria) for those over 21 with a proper ID.

Price and location information for the Hoop-Dee-Doo Musical Revue

They are willing to accommodate special dietary needs and the Pioneer Hall is handicapped accessible (at least the main floor.) The price is $35-$59.99+ per adult and ranges from $38- $43 for those between the ages of three and nine. The varying prices are due to the different seating options that are available. The main floor, the one which is wheelchair-accessible, costs $72 for anyone over ten-years-old ($43 for those between three and nine). The second-floor costs $67 for those over the age of ten, ($39 for three-year-old to nine-year-old.) Finally, the balcony is a mere $64 for those over ten and $43 for the three to nine crowd. The tip and taxes are included in that amount as well.

I realize that these prices seem ridiculously high. However, remember that price does include entertainment as well as an all-you-can-eat dinner. And did I mention that there is unlimited beer, wine, sangria, and soft drinks? Granted, I don’t think Disney World is going to allow you to get crazy drunk, but it makes the price more reasonable.

I can understand the high price for an adult, but for a three-year-old? Have you heard about the Childcare at Disney World? There is even one in the Wilderness Lodge. It’s not that I don’t think that your child wouldn’t have a grand time and enjoy the show. They probably would. And they would probably be well-behaved angels for their $42 dinner show. However, my child can enjoy some arts and crafts while I go to the Hoop-Dee-Doo Musical Revue for some adult time.

Before the Hoop-Dee-Doo Musical Revue

You need to arrive at the Pioneer Hall 30-45 minutes before the show begins. As there is no direct route between any of the resort hotels and Pioneer Hall, you should plan accordingly regarding transportation. If you are driving your vehicle, you can park at the entrance to Fort Wilderness Resort or in a nearby parking lot. Then you take a bus to Pioneer Hall. Another option is the ferry between the Magic Kingdom Park which takes around an hour and 30 minutes.

Admittedly I have been harsh on the Hoop-Dee-Doo Musical Revue. It sounds like an episode of Hee Haw set on Gilligan’s Island – it was only supposed to be a three-hour tour remember? However, I secretly liked both Hee Haw and Gilligan’s Island.

I know many people who have gone to the Hoop-Dee-Doo Musical Revue and have thoroughly enjoyed it. They found it funny, entertaining and thought the food was excellent. Reviewers on Trip Advisor have given it 4.5 stars out of 5, and it is rated #7 out of 73 concerts and shows in Orlando. It has even received the “Certificate of Excellence” award from tripadvisor.com. In contrast, the “Country Bear Jamboree,” of which I was so fond, didn’t even make the dinner show list. Nor did the “Country Bear Jamboree” didn’t get a “Certificate of Excellence.” It got a rating of #143 of things to do while in Orlando.

Based on the reviews on www.tripadvisor.com, and friends who have told me how much they enjoyed the Hoop-Dee-Doo Musical Revue, here is my honest review: Call ahead and plan to drop your kids off at the childcare facility.  No three-year-old needs a $42 dinner and you deserve a night away from them anyway. Grab your overalls and get on that ferry over to the Campgrounds to the Hoop-Dee-Doo Musical Revue. Eat some fried chicken. Drink some beer or sangria. Enjoy the show or enjoy laughing at the people who enjoy the show, and have a fun night.

Please, if you see someone with a hat with a tag still attached, take a picture and post it in the comments. 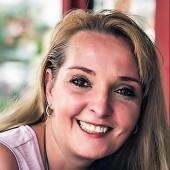 After caring for her parents until their deaths in 2008 and 2001, Dorothy is now employed by the petite dictator. She spends her days answering questions from a 3-year-old petite dictator like "what is an eleven-a-gon?" and for the underdog. She is opinionated, difficult, yet loyal. She is too honest for her own good but the filter between her brain and her mouth is out of warranty and she can't afford to fix it. Her favorite number i58.

The Crystal Palace, a Feast in the Hundred-Acre Wood