Get the Inside Scoop: 10 Best Walt Disney World Secrets Only the Pros Know

As an Orlando resident and Disney annual passholder, I’m lucky to get to visit Disney a lot. As a “local,” I’ve learned a lot of tips, tricks, and Disney secrets over the years too. I’m sharing with you the 10 best Disney World secrets only the pros know.

Walking down Main Street U.S.A. in the Magic Kingdom, you’re sure to notice some amazing smells. From candy to fresh waffle cones, the smell of Disney treats are everywhere. But, did you know that these smells aren’t necessarily real? It’s true. Disney has been known to pipe in scents like freshly baked cookies. Rumor has it that Disney has done away with this, but as a frequent visitor, I can tell you the scents still remain the same from the Confectionery and the Plaza Ice Cream Parlour and other Disney favorites. So, the next time you’re at Disney, pay attention some of its most iconic smells. Like Figment says, “The nose knows!”

2. A Window into Disney History

One of my favorite hidden secrets, or not so hidden secrets, is that the windows on Main Street U.S.A. pay tribute to Disney legends including Imagineers. Walt Disney himself came up with the idea. The tradition has been carried on at Disneyland and Disney World. They include some nice touches and are some of my favorite best kept secrets to share with friends visiting the park for the first time. You’ll sound like a total pro when you can share this little tidbit with your family and friends.

3. Ordering from the Secret Menu

There’s nothing like being in the know about secret menus and restaurant hacks. My favorites? Try out the Citrus Swirl at the Magic Kingdom, with just the citrus. It’s normally served with vanilla and citrus Dole Whip flavors, but you can totally order the citrus flavor on its own. It packs a tart punch, but it’s super refreshing on a hot day. Another crowd pleaser? The secret Nachos Rio Grande at Pecos Bill Tall Tale Inn and Cafe. It’s newly added to the menu and is not only secret, but includes a major challenge. The nachos are only available from 6-8 p.m. and serves 6-8 people. It’s a whopping $90, but you’ll get a VIP table, along with the Pecos Bill Code of the West, an official certificate, and cowboy hats and sheriff badges for your entire party. How fun is that? Of course, these are just a few of the fun secret menu items and hacks out there. Check out the DisneyFoodBlog for even more secret menu items.

4. A Room Fit for a Princess

Did you know that high atop Cinderella’s Castle is an actual hotel room? It’s true. A luxurious suite fit for a princess is set right inside Cinderella’s Castle. Unfortunately, you’ll have to wish upon a star to stay there because it’s currently only used for VIPs, celebrities, and for contest winners.

5. No Bathrooms in Liberty Square?

Disney pays attention to every little detail, including historical accuracy. That means there are no bathrooms in Liberty Square at the Magic Kingdom. You won’t find any public restrooms nearby. Two Liberty Square restaurants do have restrooms — Columbia Harbour House and Liberty Tree Tavern. But, the bathrooms are set far back in the restaurants, so they are technically placed in another land! How cool and strange is that?!

Although it’s technically a secret menu item, the grey stuff deserves it’s own category. Be Our Guest Restaurant in the Magic Kingdom offers a sweet treat that comes directly from the animated classic. In the movie, Belle is told to “Try the Grey Stuff; it’s delicious!” Well, now you can try it yourself. Don’t believe me? Ask the dishes!

Heading to Disney’s Animal Kingdom? Want to avoid the lines? One of my favorite super secret low crowd entrances is to enter the Animal Kingdom to the left and through Rainforest Cafe. If you enter through the gift shop, you can easily bypass some of the crowds at the maingate. Visiting Epcot? If you’re dining or staying at Disney’s Yacht & Beach Club, Swan & Dolphin, or the Boardwalk, you can enter through the second park entrance. It leads you directly into the World Showcase. It’s perfect getting right in the middle of the action during Food & Wine Festival or right before IllumiNations.

Heading to the Hollywood Studios Tower of Terror? If you see a wait time listed as 13, you’re actually in luck. That means the right has little to no wait. So, go ahead, take a ride…if you dare!

One of my favorite nightly parades is one that most people don’t even know about. The Electrical Water Pageant has been running at Disney World since 1971. Set on the Seven Seas Lagoon, you can watch it from the Magic Kingdom and all of the resorts located on the monorail loop, as well as the Wilderness Lodge and Ft. Wilderness. If you loved the Main Street Electrical Parade, you’ll love this classic too. To find out showtimes, check out Disney World’s official site.

If you like free stuff, you’ll love that Disney offers free water to guests at most dining locations. I routinely get free cups of water when I’m feeling dehydrated on a hot day in the park. This even goes for locations, like Starbucks. No purchase necessary either. Looking for something else besides water? Check out Club Cool at Epcot. You can get free samples of sodas from around the world. Cool and hydrating!

So there you have it. My 10 best Walt Disney World secrets only the pros know. Now you’re on your way to being a Disney pro too! Want even more Disney World inside tips? Check out my Disney World Tips for First Time Visitors article. 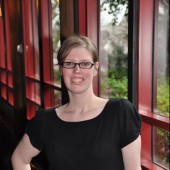 Sarah's love of Disney began at age 2 1/2 when she first visited Walt Disney World. Now she lives close to the magic and blogs about her experiences with a special dietary need on her blog, Gluten Free & Dairy Free at WDW.

Best Things to do in Disney World